This function adds the ability to set loop top/ends for all ScoreX layers from a single screen.

This setting is enabled in the [L4 options] item of the [Preferences] menu.

This function can be activated in any layer, by rapidly double-pressing L4. 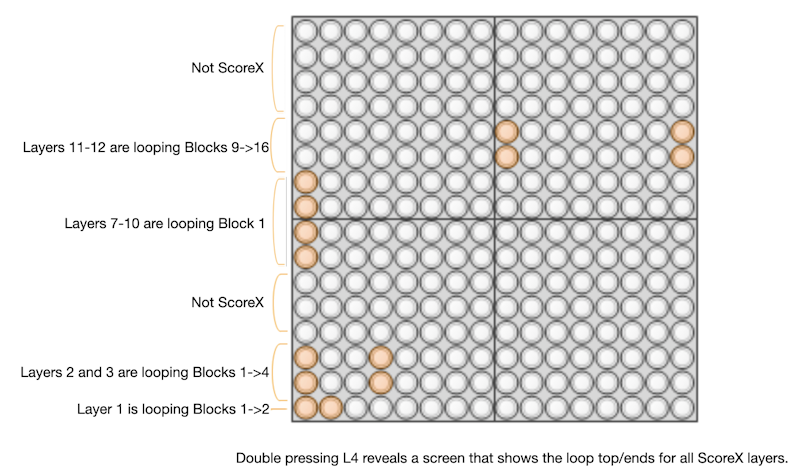 Each layer is represented by a single row. The start and end blocks for ScoreX layers are shown. If a layer is not ScoreX, then nothing is displayed. 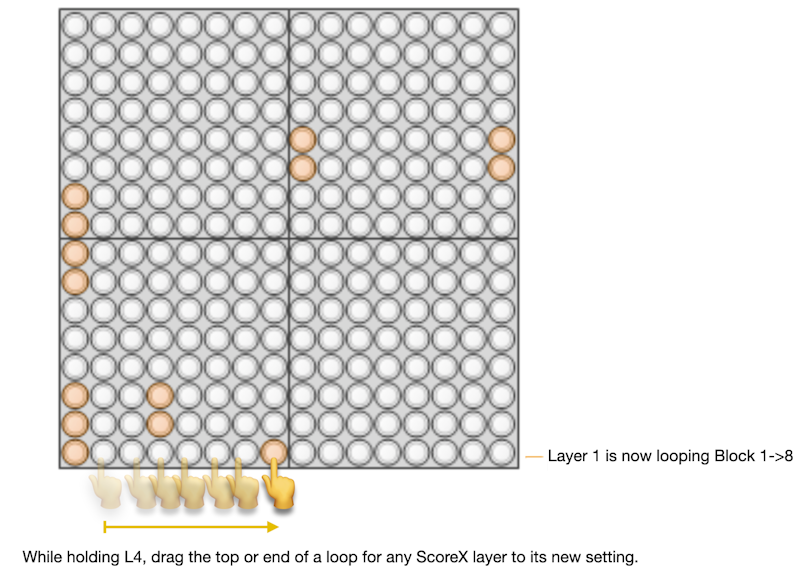 This function was contributed by user PAKL.

Introduced in release A036.