This is a small utility for auditioning sample (TNW) files without having to load them to the TNR.

Yamaha provide a User Voice Manager which enables you to assemble WAV/AIFF sound files into Tenori-on specific sample files, for uploading onto your TNR. However, while the tool can create TNW files, it can’t load them, so it is not possible to use it to audition the contents of previous created files. 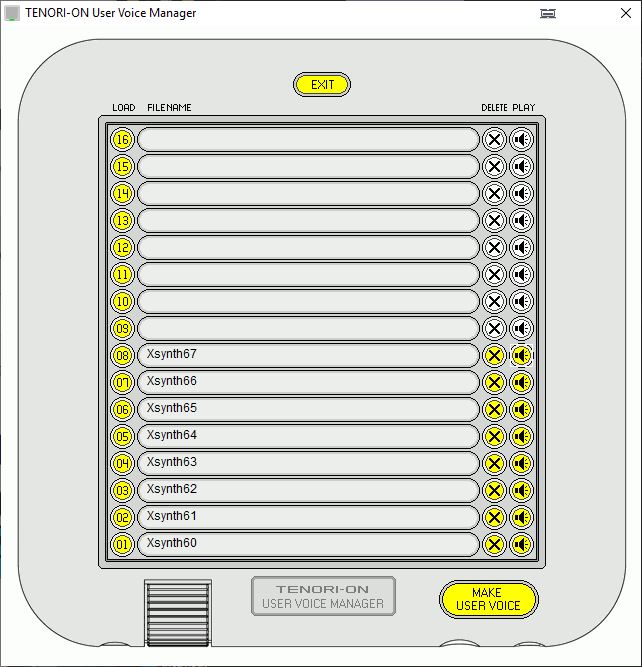 Here is, therefore, a small utility to read TNW files, and both play the contained sounds and extract the contents into individual WAV files. 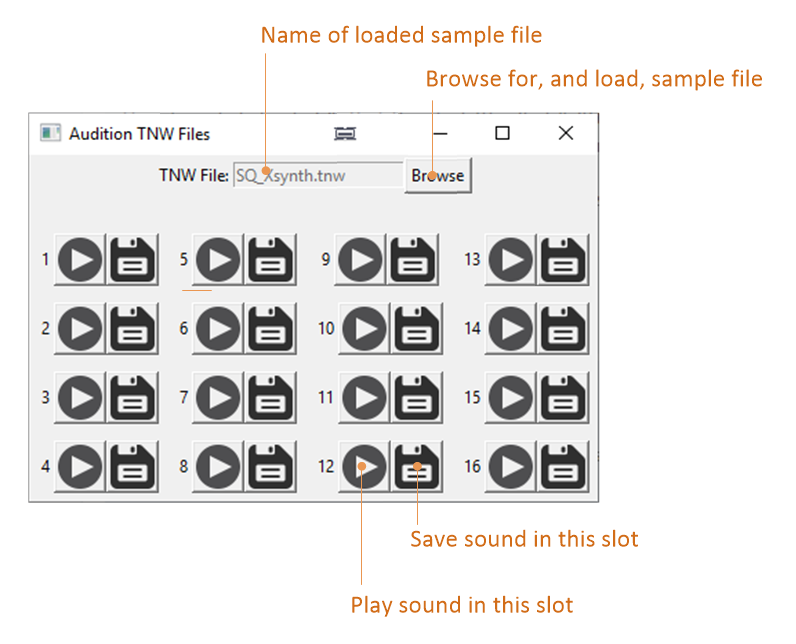 In an attempt to be cross-platform, this was written as a script in Tcl/Tk. For Windows, this uses TWAPI to play the sounds. For MacOS, an attempt has been made to use afplay to audition the sounds, but this may not work. Although there are lots of ways of providing binary distributions of TCL scripts, I am currently providing just the script itself and some install instructions for the single-executable version of Tcl/Tk:

Some notes on the TNW file format can be found as a zipped, OpenDocument Spreadsheet here : TNW Format