This function introduces meta controllers, the first one of which is a block change.

Meta controllers are instruments that, rather than playing notes, or outputting control change messages, act to change internal parameters of the TNR.

This function is a property of the layer, and is selected under the layer menu. When active, the main display will change slightly to indicate that it is not an “INST” that is being played, but a META.

In a playing score-256 mode, a block change note will not change the visible block, which enables correct entering of sequences of blocks even while playing. 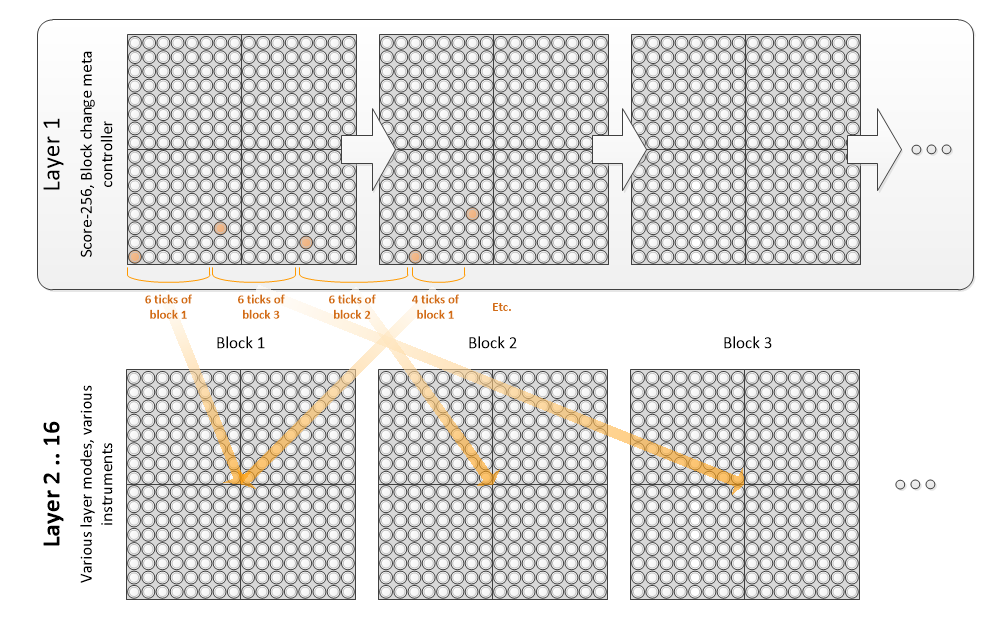 However, this does not preclude inventive use in other modes. The block change meta controller deliberately doesn’t do anything in PUSH mode since it isn’t meaningful. Behaviour in SOLO mode does change block as expected, but is probably only useful as a way of changing blocks with one key press e.g. in a live situation. Trying to use a block change meta in a BOUNCE layer, for example, can be quite confusing, since the block - and hence the live set of notes - keeps changing.

First included in A017. Timing improved in A026