This layer type can be selected by changing the layer mode.

Rain is slightly inspired by the Stochastic Inspiration Generator. It is visually similar to the Bounce layer type, in which the pitch of the note goes from left to right. Similar to bounce mode, a maximum of one LED is lit in each column. Pressing the LED in the bottom row removes the LED from the column.

Each time tick, the layer goes through two steps:

If a note is to be played, the second step determines which of the notes it is. This is linearly proportional to the height of each note. For example, if there is only one note in the grid, then the note played will definitely be this one. If there are two notes at the same height, then - if a note is to be played - then it is 50⁄50 which of the two will be played. Some examples below, using a chromatic scale. 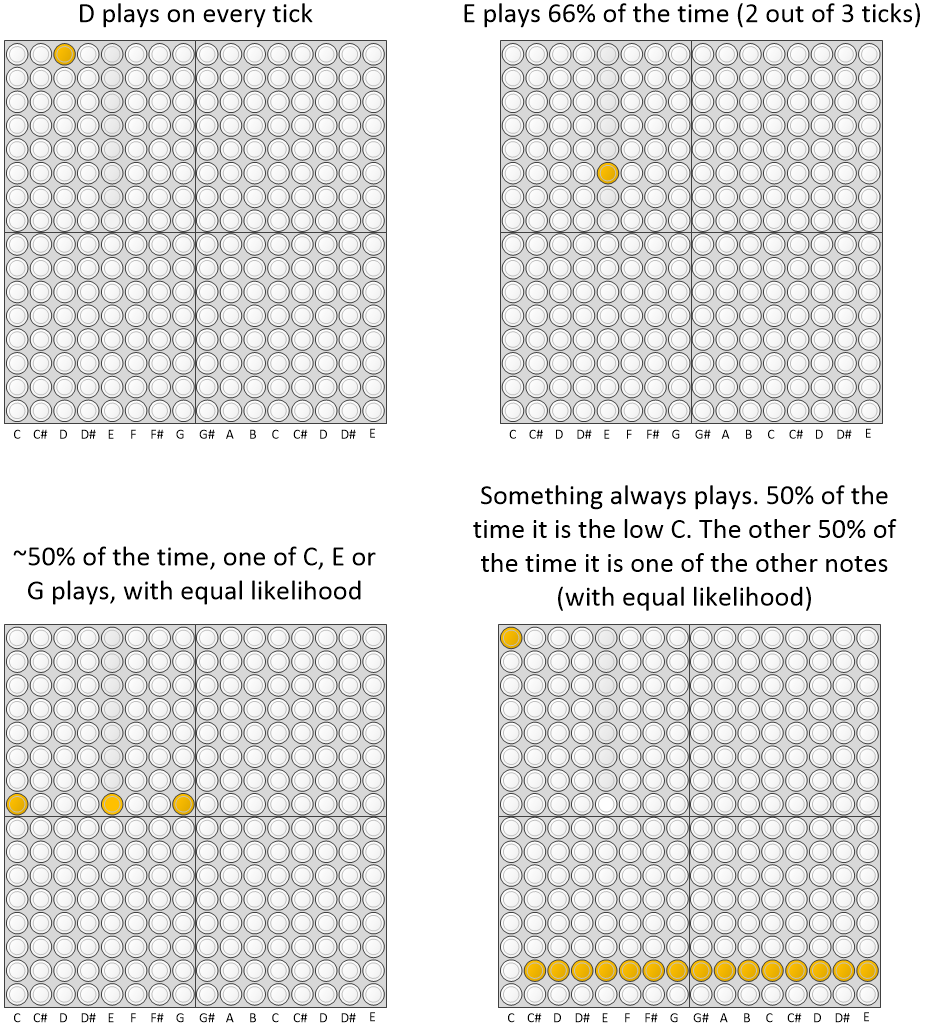 You cannot load songs or blocks with a Rain layer type in previous versions.